We offer an effective mechanical check valve system that prevents odors from escaping the sewer system through a manhole cover, but allows pressure relief in the event the system becomes flooded during heavy rains.

The valves odor control does not depend on filters or chemical liners, rubber seals keep the system odor tight for normal operations and opens when the pressure increases from rising water in the pipe/manhole system. 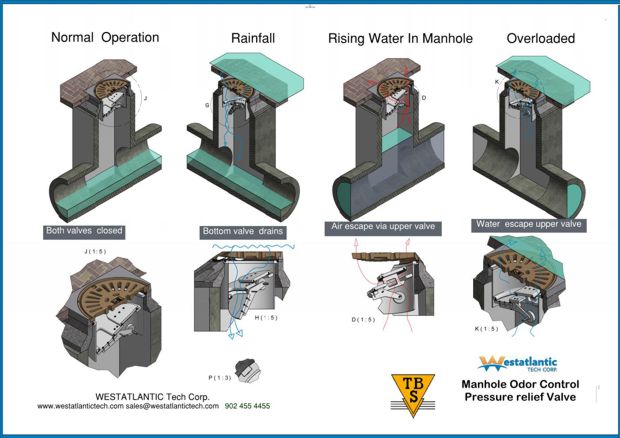 The consequences of traped air may result in flooding of house connections, causing overflowed damage, Manhole covers could be dislodged from manholes, resulting in a hazardous situation in the roadway or sidewalks.

Even a complete manhole cover, including the surrounding pavement could be separated from a fast and increase in pressure. Manhole pressure and odor control valves installations help offer a a innovative and effective solution to the problem. 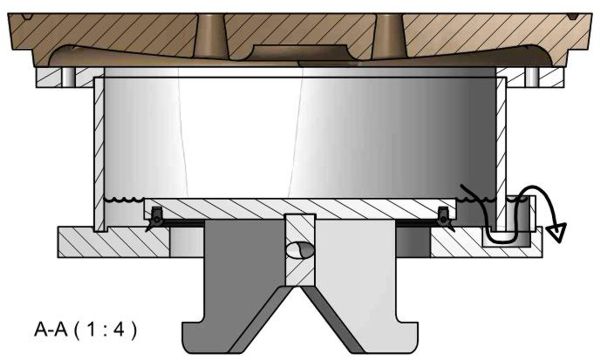 If pressure builds Valve opens to release pressure in the system